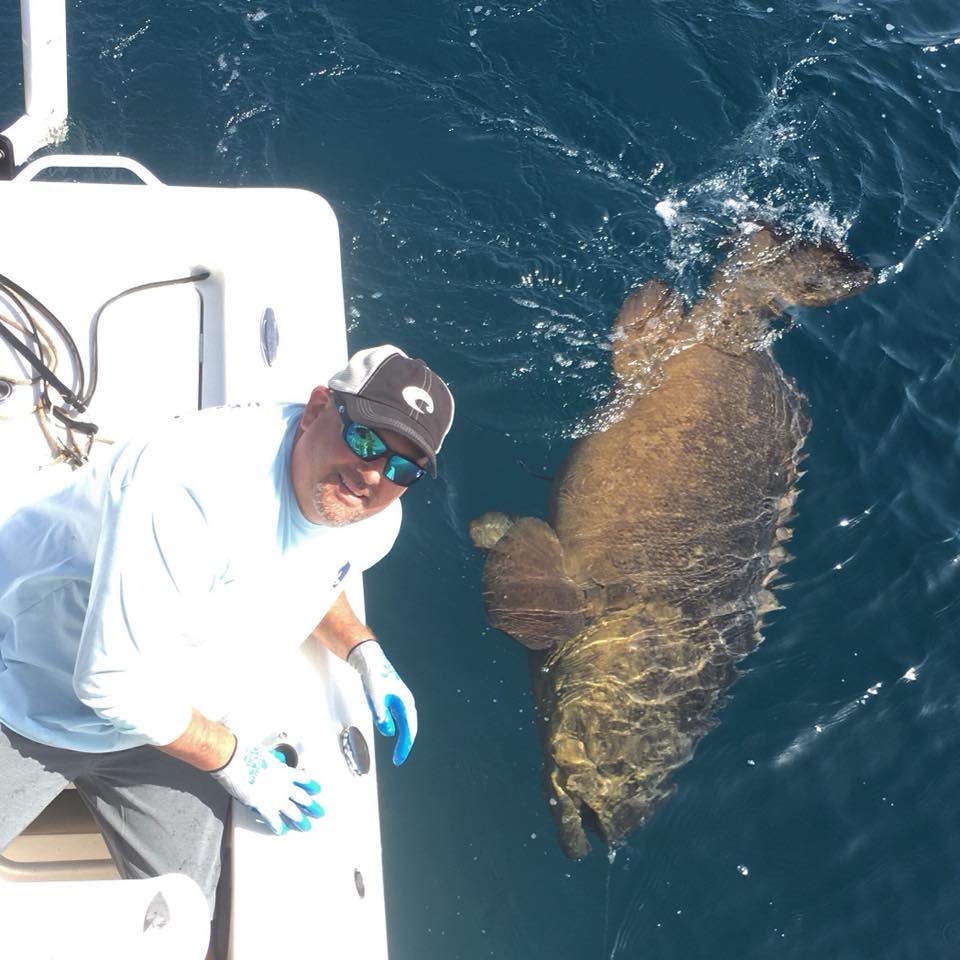 You’ve probably seen groupers being caught and were simply amazed at just how large they are. You might even have quite a few questions about them, such as the title of this article. Let’s take a look at some of the most interesting fun facts and statistics about this popular fish.

There Are Many Types of Grouper

One of the first things you have to know about this species of fish is that there are actually more than 100 varieties around the world. You can find a range of types of grouper based in the Atlantic and the Gulf. Some of them include the scamp, black, snowy, gag, red, Warsaw, yellowfin, and speckled hind. The Goliath Grouper is found off the coast of Florida in the Atlantic, as well. However, for sport anglers out there, keep in mind that this particular type of grouper is protected. They were removed from the NOAA Species of Concern list in 2006, but they are still a “no take” species in the United States.

They Tend to Be Slow

While the fish have big mouths and the largest of the species can seem intimidating, these are slow, at least from the perspective of other fish. The shape of their body is not suited to swim quickly nor is it suited for long-distance swimming. This doesn’t seem to bother them though. They still thrive, and they are often capable of living in waters that are brackish. They do better than some other fish when it comes to having low levels of oxygen in the water.

Groupers Really Do Have Big Mouths

When people think about fish that they don’t want to meet while they are in the water, sharks are probably the top on that list, perhaps followed by barracuda. However, the grouper can be quite a scary fish, as well. Take the video that you can find online from 2014 that shows a Goliath grouper rising right out of the depths and swallowing a… wait for it… Blacktip shark. It circles the shark for a bit and then snatches it right out of the water before the angler can bring it on the boat.

What Type of Life Do They Live?

Many groupers, when they are young, will have colorful markings. However, as they get older, the color will begin to change. It will become duller, turning a greenish gray or brown. The grouper has the ability to live for up to 50 years, which is impressive for a fish. Another interesting fact is that groupers are not solitary fish. They tend to live in small groups. There will be one male with several females.

However, where it gets really interesting is that if the male of the group dies, one of the females has the ability to turn into a male and then take control of the group.

So, How Much Does the Average Grouper Weigh?

Since you now know that there are different types of grouper, this question becomes a bit more difficult to answer. It will depend on the type of grouper that’s being weighed, of course, and that means that the weight of an “average” grouper will vary greatly among the many varieties. Let’s look at the average weight of the Goliath Grouper, as an example. This fish will generally reach a weight of around 400 pounds. However, there have been some much larger fish caught. One in Florida that was caught with a hook and line weighed 680 pounds. They can get larger, though. In fact, they can be in excess of nine feet long and can weigh up to 1000 pounds.

Another large type of grouper is the Warsaw Grouper. This fish can grow up to 7.5 feet long and it can weigh more than 440 pounds. However, other types of grouper are much smaller. The Nassau Grouper will typically be around 35 inches long.

Are They Good to Eat?

You will find that many of the smaller types of grouper – namely the ones that you will be fishing for – can be quite delicious. As with any type of fish, it will be important to make sure it is prepared properly if you want the best results.

If you have an interest in trying to catch this type of fish, you will want to get in touch with the fishing charter to see how they can help. Try to work with a charter that knows and understands what it takes to successfully catch groupers.