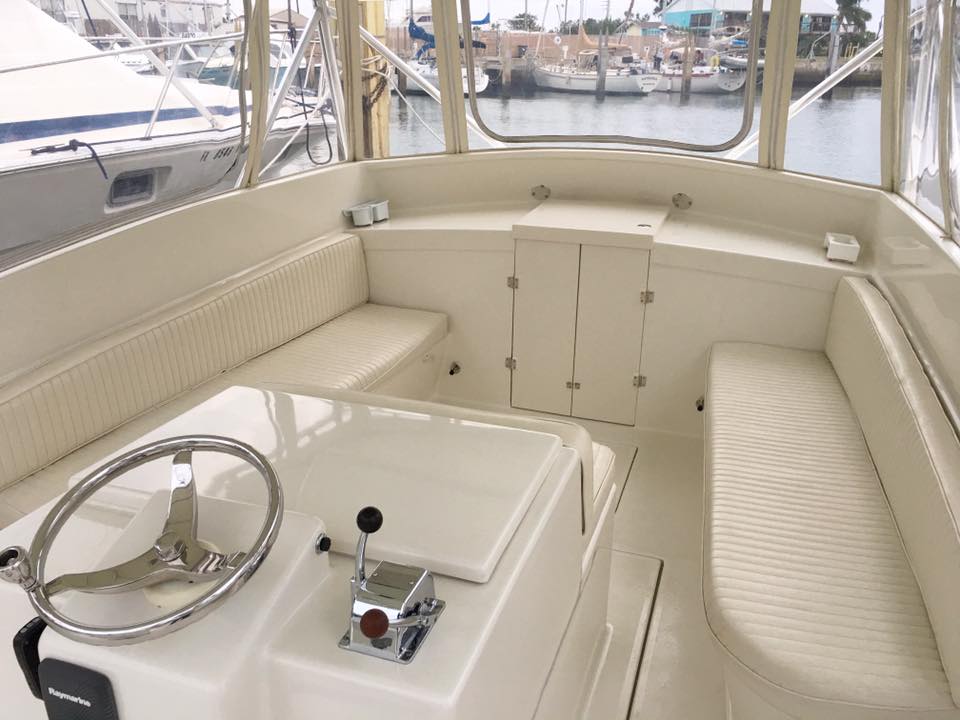 Whether you have been fishing all of your life or you are relatively new to fishing, there’s something special about it. You can feel that sense of excitement inexplicably mingled with the peace and Zen-like feeling that fishing can bring every time you go out. It doesn’t matter whether you are going out to fish a little stream or lake in the backyard, or you are heading out deep sea fishing on a charter. You might have quite a few family members and friends who enjoy fishing, as well. However, you may never stop to think about certain celebrities who fish.

While some names might not be much of a surprise, as you start to delve into this area, you will find that there are far more celebrities who enjoy fishing than you realize. Some of the names, you probably wouldn’t even expect, such as the five that follow. Let’s get a closer look at these celebrities and what it is about fishing that they enjoy.

The pop punk musician, born in Canada, has written and recorded a number of songs that have become an iconic part of the early 2000s. Some of the most famous songs from Lavigne include “Complicated” and “Head Above Water”. When you look at the singer, you wouldn’t imagine that she would be the type of person that enjoys fishing, but you have to remember, she is from Canada, after all. It turns out that she’s quite the tomboy and she grew up hunting and fishing with her brothers. Today, she still loves to get out and go fishing – any type of fishing – when she can.

Have you ever thought that you might like to have a little magic working for you when you’re catching fish – or at least trying to catch fish? Emma Watson, the actress who portrayed Hermione Granger in the Harry Potter films brings along magic and grace whenever she goes out to fish. She’s known for having a number of hobbies outside of her work in Hollywood, and one of those hobbies happens to be fishing. She happens to love fly fishing in particular and is quite good at tying her own flies without using any magic other than her knowledge.

The actor is known for having taken on some of the most beloved roles in history, including that of Han Solo in the Star Wars franchise and archeologist Indiana Jones. However, he’s also known for having some rather interesting hobbies. He’s a pilot of both helicopters and airplanes, he’s rescued people, and he’s crashed. However, he also has a hobby that is a little bit less dangerous. As you’ve probably guessed from the title of the article, he loves fishing. While he is rumored to like many types of fishing, like Watson, he also has a penchant for fly fishing.

When he’s not down in Margaritaville, you might be able to find Jimmy Buffet out fishing. He makes his home in Palm Beach, and he’s known for far more than just his music and his eateries. He is also a big fan of saltwater fishing. While he does spend a lot of time in tropical waters, you will find that he also fishes further to the north. In fact, in 2013, Buffett was fortunate enough to catch a large tuna off the coast of Nantucket. The fish was 74 inches long and it weighed a whopping 350 pounds.

Over the last few years, actor Chris Pratt has continued to garner more and more attention. While he will be forever loved for his role as Andy Dwyer on Parks & Recreation, he broke out in a big way as a true action hero. He is, after all Star Lord in the Marvel Cinematic Universe. He’s also been in a number of other large and successful movies, including the Jurassic Park franchise. Not everyone knows this, but Pratt also happens to love hunting and fishing of all types. In fact, he even fished while he was on set of the Magnificent Seven. He’s teaching his son about fishing, as well.

These are just five of the celebrities who like to go fishing that you might not have known about. There are plenty of other celebs out there who share the same passion for the hobby that you love. Take a little
time to find out about some of the other celebrities and you are sure to find some more surprising names.